British separate taps are a "classic". Most of foreigners wonder why?. These are the 4 short explanation:

1. (historical) reason
"Going back, bowls and baths were filled with water from jugs or pans
heated on the fire. You then washed using the water in the bowl." Alan. So one reason was to preserve the interface. People still use their sinks the same way they used bowls in the old days. Plug, fill, wash, unplug, empty [rinse under the cold if e.g. washing hands].

2. (historical) reason
"In the UK only the
hot water systems has a header tank in the roof, the cold water comes to
your tap directly from the mains. The hot water system is therefore a
source of potential contamination and there is a whole raft of
legislation and rules intended to prevent contaminated water entering
the public water system." Alan. The UK started to build the public water systems in the early 1800 [1]. Taps in those days did not have the non-return valve. The mixer tap was patented only in 1880 [2] … I guess they were expensive at first. And the non-return valve was patented in 1907.

3. reason (why people still like and install them)
Because these taps are old fashioned, people like them and install them even in new houses (nicely designed ones or even styled in Victorian). On the other hand, the cheapest models are just simple spouts with a simple valve (e.g. no aerator). These can be found in some new public bathrooms or student accommodations. While the old houses still keep them as Britons don’t usually change things if these work (my humble observation).

4. (environmental) reason
I heard the claim that plugging the sink, filling it with water (of desired temperature) can save the amount of water in comparison with the running mixer type tap. I even heard that washing hands with cold water only is an incentive to get it over quicker – again saving water. However, the mixer taps usually have an aerator that reduces the amount of water coming out of the spout. It also depends on a person how much water will get wasted, and not all Britons are environmentally savvy (a lot still paying a fixed sum per month as old houses have no water meters – there were no water meters in the 1800 :)).

But HERE comes the GREAT INVENTION for all the foreigners! 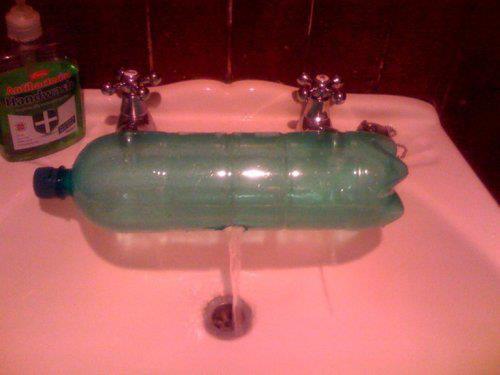 Or a more sophisticated one 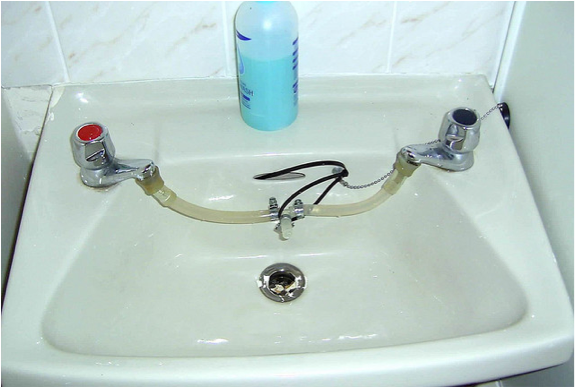 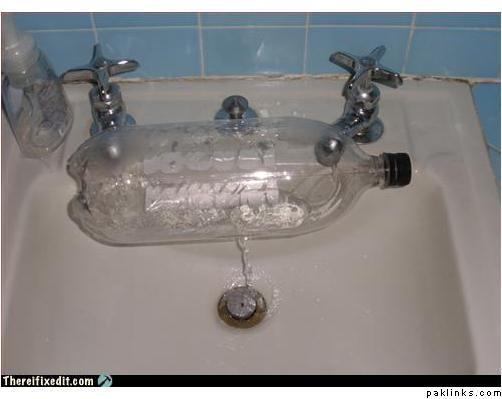 However, if you find yourself in the public bathroom, here’s how to use the separate taps