Multitasking is so obvious today we don’t even notice it. Some exceptions, such us iPad, remind us of the days when this was not possible. A few months ago ./ had an article about a Blit Terminal – claimed as a first multitasking GUI. Let’s name a few GUIs that supported multitasking in that era and their evolution:

None the less, it is impressive what these systems were capable of, given the time and hardware available, while still trying to lower the prices for the masses. 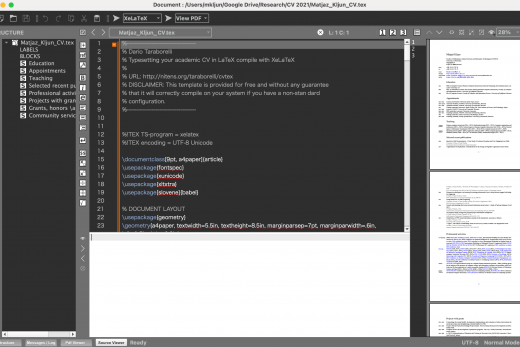 Texmaker and Xetex on OS X

DataBot Mouse – an interesting unusable idea or not