The Register reported that Nokia and Intel are working (with Oulu University) on a new 3D interfaces and 3D virtual worlds for MeeGo operating system. Before commenting let’s look what we already have in the 3D.

3D interfaces have always amused researchers. A long time has passed from the end of 70’s when Dataland (ACM requiring registration) – one of the first virtual 3D worlds – was presented. Since then 3D interfaces ware used in several applications on personal computers (Data mountain, Web Book and Web Forager, 3DOSX, 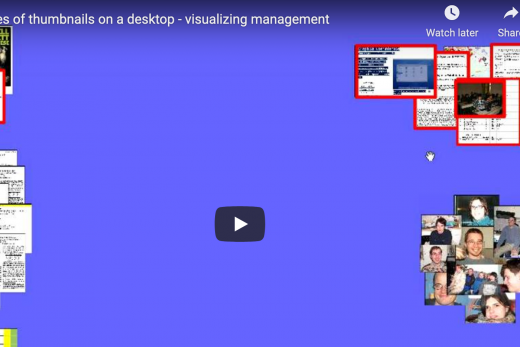