Is 4 am, so excuse my language Great Britain!

We were on a boat (a small one) with friends having a lunch just two days before my flight to UK. This is something we do once in a while. We sit on a boat in the middle of a bay in the north of Adriatic sea, eat lunch and drink a beer (or two). Once in a while some of us feeds a seagull but we don’t talk too much. It’s really nice to listen to the sea and enjoy the sun. So there I was, thinking about my journey for the next three years and not really paying attention of what was going on around me …. and I fell of the boat. The sea was still decently warm at the end of September. But my phone, wallet and glasses did not agree :).

Three days later I was walking down the Market street with one of my bags over the shoulder and the other one slowly following me a meter behind me. It was drizzling so I thought to myself: "Is not even that bad. I was wet three days ago and I gonna be wet for another three years". No one around me had an umbrella. And you know how it goes "When in Rome …". So I didn’t take mine out either just to bleeeeend into the new environment. This was a great start of my journey. I found my room two hours later and took the rest of the day off – IN BED.

To my surprise I woke up in the sunny morning. Good morning Tuesday! The Fresher’s week. Societies, Colleges, introduction lectures, Beer, Food, brochures, Beer, welcome lectures, induction lectures, Beer, more lectures, NHS, registration, papers, beer, library, ISS, services here and services there, MyPGR, travel information, walk, BBQ, Beer, bank account, money and management, ResNet, WiiNet, Xbox 360 (where did this one came from) …  At the end of each day my head was full of information that was not going to be categorized because there was simply not place for it. I probably looked really miserable. A french girl came to me and said with a really charming french accent: "You seam to be lost as much as I am". Thanks, that was kind of reassuring me that I took the right path in my life. But I got me a new friend with a charming accent! 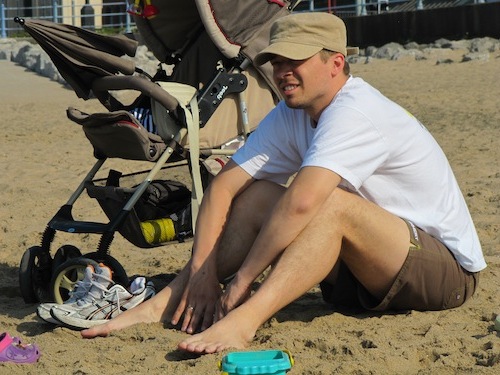 I found a lecture in my Guide titled GETTING USED TO LIFE IN GREAT BRITAIN. This should get me going. I sat down on a
chair in George Fox and turned myself in one big ear. There she was talking to a bunch of international students about how this society is build on individuals, how kids get independent when they are 18, how failing to complete your studies is not such a big deal, that we should visit pubs as they hold a lot of social activities and that British
students drink a lot of beer. But the best way to fight a cultural shock is to start doing things the same way as locals do them and then she added: "When in Rome do as the Romans do". A  smile came to my face and I mumbled: "We are all gonna be drunk for the next three years" :). I’m gonna like it here.

The third week is over and I start enjoying my life here. I bought a second hand bike. I got my British bank account and no money on it (I still have a fortune on my home bank account). Been to the city in pubs, cinema, theater and salsa dancing lecture (with my Mexican roommates). I visited a pool few times (got to keep me fit) and Grad Bar a few times
(got to get my belly growing). Had a friend from Oxford over. I even met four other students from my own country (we are only 2 million and my chances to meet someone here were less than 0). So things do not differ much from my previous life. And at the end of the journey I’ll look over my shoulder and I’ll whisper to myself with a sigh:

two roads diverged in a wood, and I —

I took the one less traveled by,

And that has made all the difference.

A bedside lamp switch in the wrong place 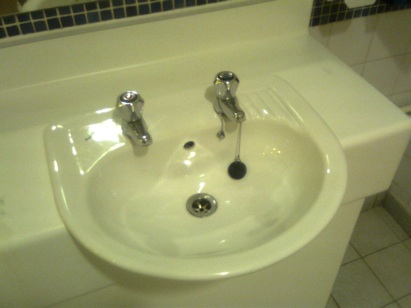 Personal information in hands of others – how safe it is?