Project Xanadu (Wikipeida) is a hypertext context with bi-directional links between documents that visualise origin of each text excerpt. The idea started to develop in the 1960 and is has been just released as an example on the web (as seen on the below photo). 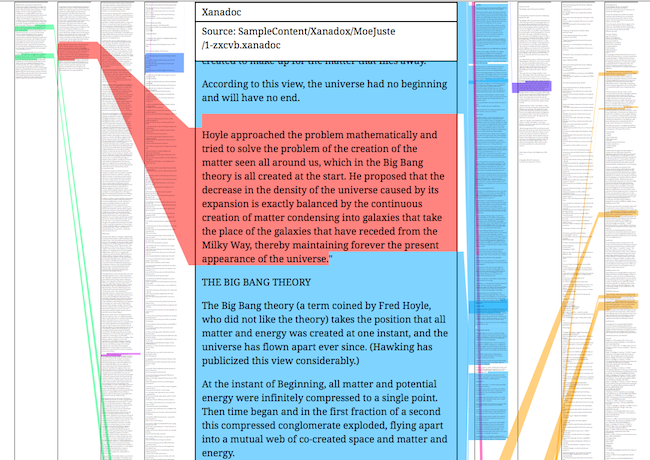 This concept would be very useful now to write my longest document ever with 300+ references :).

The Guardian has  nice cover-up of the whole story.

I wish this project all the best and I hope it will not end up like Archy – the Raskin’s dream that never was fully realised. Although Archy has a very different concept with a persistent zoomable plane, it was in a similar situation a few years ago. The developers had released a demo online (and there was even a Windows version). As Xanadu at the moment.

OS X Preview – add an image to a PDF file

The surprising truth about what motivates us