In the previous post I talked about how I got to use the Windows laptop for a month. It is a whole another experience I must admit. The major difference (excluding the OS and software) is my screen size (being now a staggering 12.1 inches on my Lenovo ultraportable x61s).

I’m a big advocate of vertical tabs in UI. Almost all (if not all) desktop and laptop screens (excluding phones and tablets!) are growing horizontally. So the extra space on the side could easily be used for … you guessed it – TABS.

With 12 inches screen (1024×768) I had to reconsider the vertical vs. horizontal tabbing. I took a look at all major web browsers and opened 15 tabs (# of usually opened tabs) in each of them. The things to consider were:

1. How many tabs are visible at once (visibility is crucial for an overview of everything available)
2. How the tab UI helps as reminder to tasks to be done (people use all sorts of clues as reminders in all PIM tools – e.g. moving files to the desktop or un-marking email as read)
3. How tabs can be navigated (navigation has to be easy and improve both visibility and ‘remind-ability’) 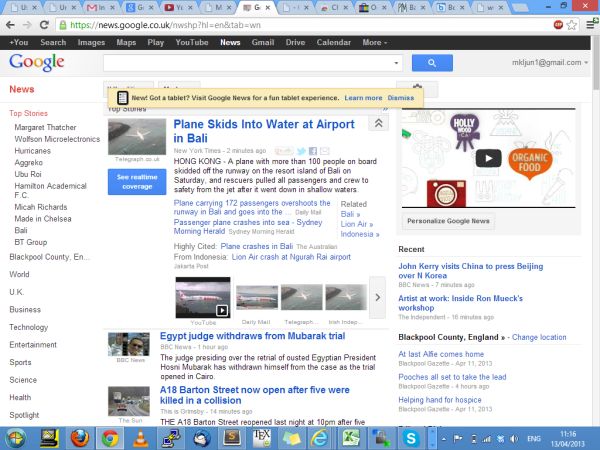 30 tabs opened in Chrome. No favicons are shown and there’s no way of telling what’s under each tab. 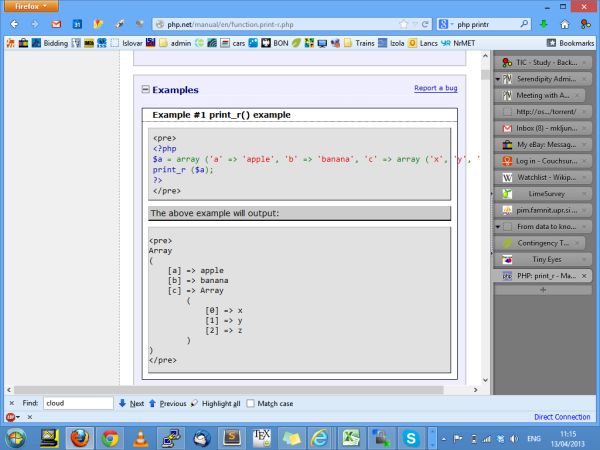 With vertical tabs, Firefox shows only 9 tabs at once at this resolution and navigating left and right on the tab’s list can be done by clicking on chevrons/arrows on both sides of the list (similar to IE). This can be tedious as the mouse pointer has to move from one side of the screen to the other. Horizontal scrolling with the mouse is not working. The spatial tab management is possible with Tab groups (which clearly helps visibility and navigation). But navigating from the tab’s list to the spatial tabs layout and back switches the context an Tab groups are not always visible while browsing. 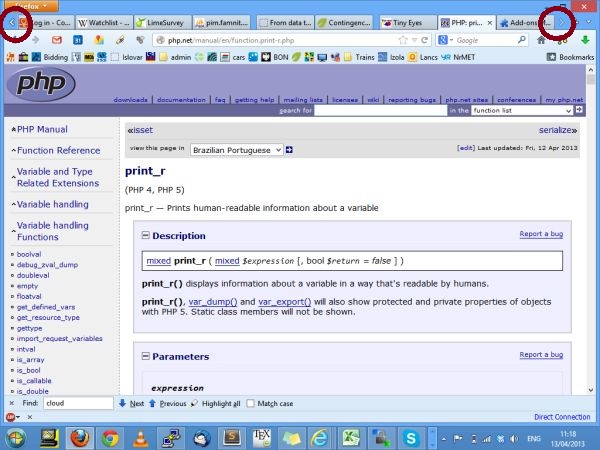 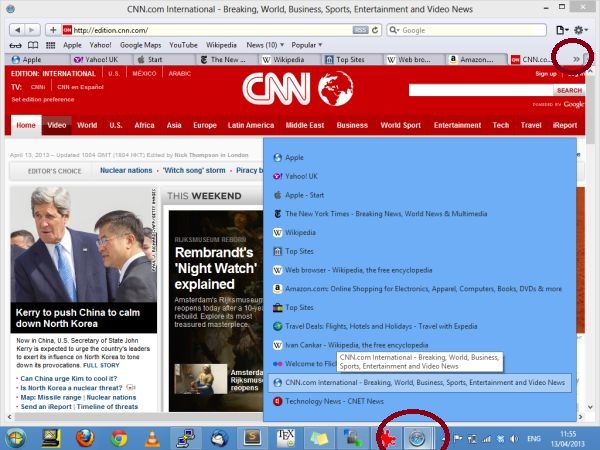 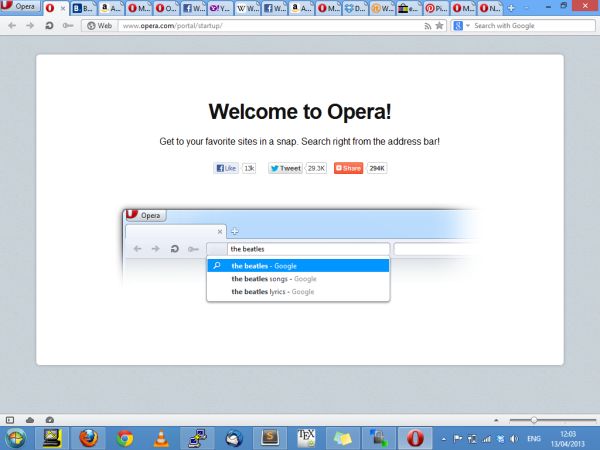 Although my screen estate is significantly smaller than the one on my 15.4 inches laptop, I still prefer vertical tabs. The reminding, visibility and navigation are still superior than with horizontal tabs and this outweighs some horizontal navigation on some web pages.

The surprising truth about what motivates us

I know which way this door opens

Our poster at #chiplay15 – StreetGames: A Moving Projector Platform for Projected Street Games (with @_klen_, @marklochrie)

Too much information and avoidance of unpleasantness