An old news but a new rant.

So is the statement "90% of us don’t know CTRL+F" a surprise? Not really! Comments on this news from various sources are far more surprising and sad:

I spent some years as the end user support and I have to agree that some users don’t know how to use computers and they don’t wish to. These users always rely on "support" to complete even the easiest task such as "copy files from a USB thumb drive". In my case, these were mostly (but not always) older users who were caught by computers by surprise and a few years before retiring they don’t want to be bothered. But there are the majority of users (of all ages) who use computers, don’t rely on support, and still don’t know simple keyboard shortcuts!

First we have to take into account that most users are not power users and their usage ends with word processor, email client and nowadays a social network site. All of them use buttons in their word processors (instead of CTRL+X, CTRL+C and CTRL+V). After I realized that they scan tons of emails to find a desired one I put a search box on a toolbar so it became immediately visible and all users started to use it regularly. Why Gmail has a search bar above inbox? To make it visible!!

Keyboard shortcuts are not for everyone. I don’t blame users for not knowing them. Users learn how to do something and if they think, that cost of doing it does not exceed benefit, they are satisfied. So if they spend 10 minutes on searching for a specific word in a document by reading it, because they don’t know the shortcut, I don’t find it surprising. At the end they reached their goal. Such important functions should simply be more visible. 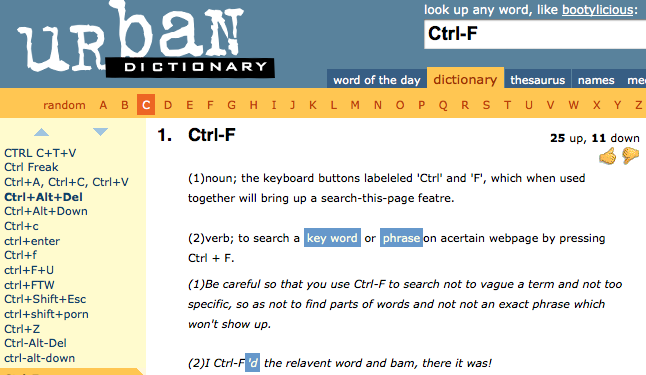 A vending machine with a remote interface – very confusing

Add a blur to a part of a video with Avidemux

Lifehacker: How Much Personal Data Do You Share with Your Partner?